I love that we at PARCEL conduct the same surveys year after year because it gives us a great tool to see how carrier and service usage changes on a regular basis (and what that may mean for the parcel industry as a whole). One item that stood out to me this year is that while the number of shippers using FedEx and UPS in the last 12 months is almost identical to last year’s number, the number using the United States Postal Service has dropped dramatically, from almost 84% to just a little over 72%. I’d be interested to know what contributed to the rather sig-nificant drop; for the most part, USPS’s scores remained very close to last year’s scores — the only big difference is that their score in respect to pricing (fairness, willingness to negotiate, etc.) dropped over a point. Perhaps that was the contributing factor. Of course, a lot of shippers change up their carrier mix on a fairly regular basis in order to achieve better pricing and discounts, which could have also influenced this drop.

However, I’m glad to see that scores have, for the most part, remained very similar to last year’s and, in some cases, have even gone up slightly. It’s always gratifying to see that things are working well for both the carriers and the shippers, since, as we all know, one wouldn’t survive in this industry without the other. 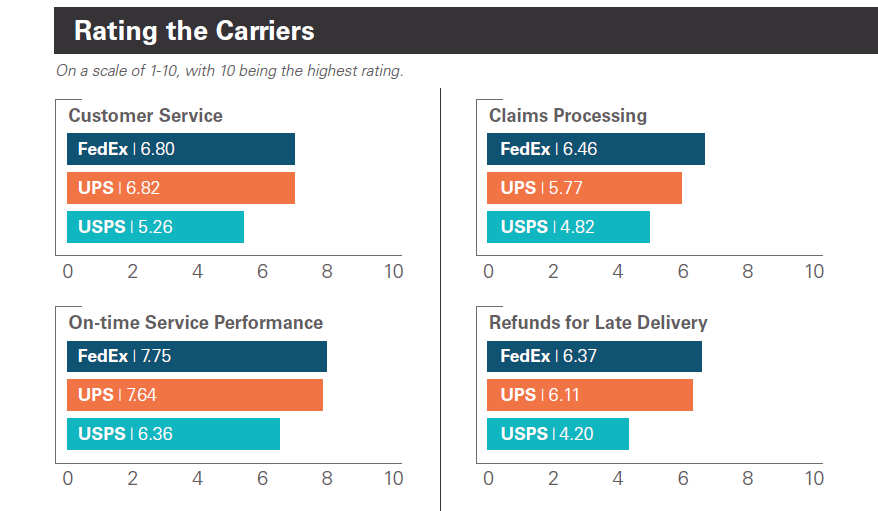 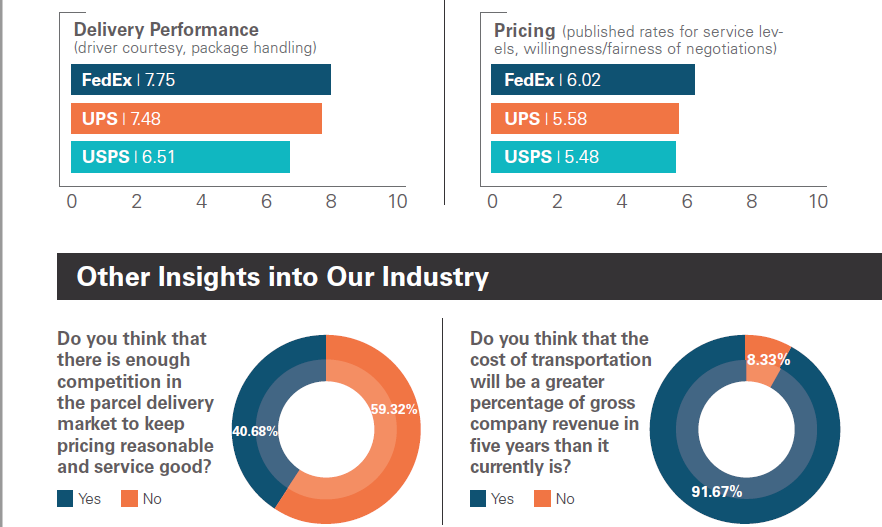 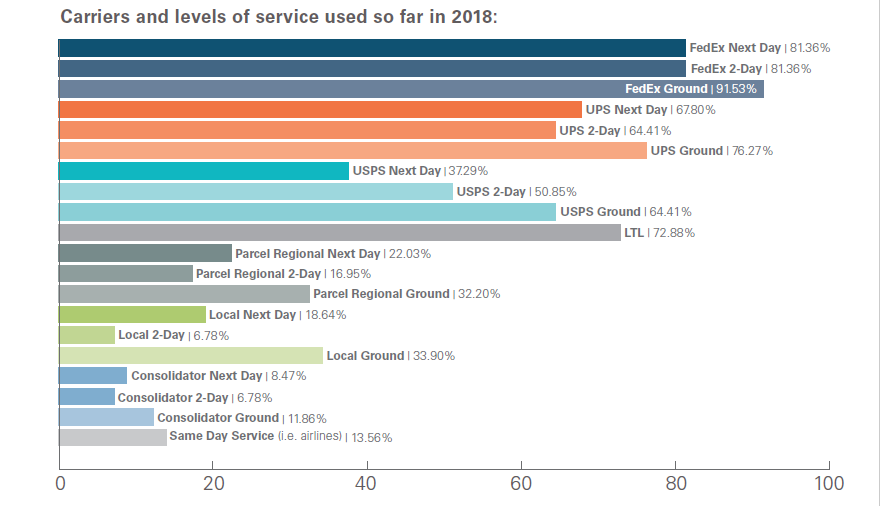 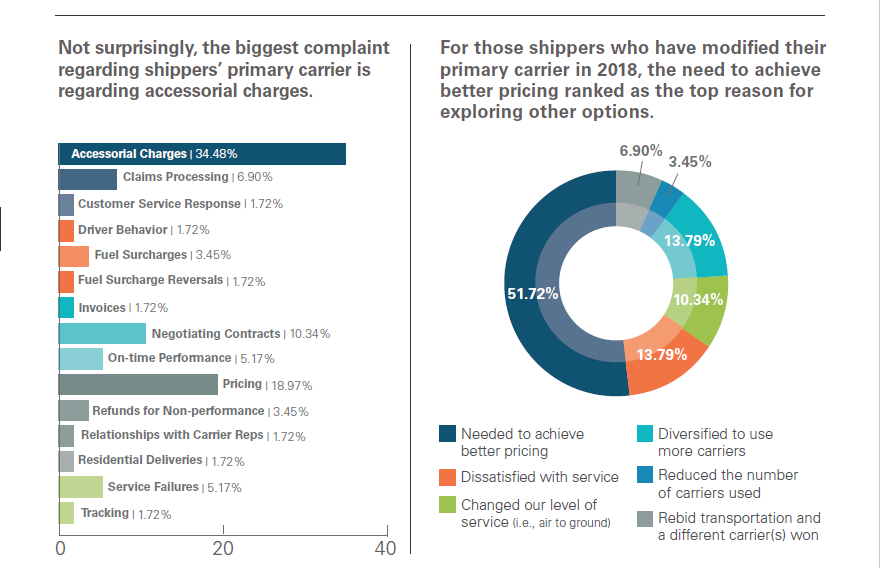