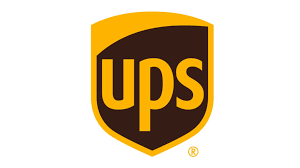 UPS’s labour relations are not going as smoothly as expected. In June the Teamsters Union voted to authorise their negotiators to call strikes if their talks with UPS failed. It was assumed that this was just a normal part of the negotiations. A deal was more or less agreed for the core of the Express division in October, although the employees appeared to be less than enthused about it. However, the workers at UPS Freight rejected their part of the deal in a ballot.

Now UPS has issued a statement on Friday warning customers that there was a possibility of disruption in its road freight division, UPS Freight, and suggesting that they should make preparations for disruption. UPS implied that the problems could start this week. The statement runs “to help you plan to maintain business continuity while we do not have a contract extension, please note that UPS Freight can only guarantee delivery of ground freight (LTL) shipments through November 8, after which we recommend you seek alternate arrangements”. It then lists “The last days for ground freight (LTL) pickup” from Wednesday to Friday depending on the service level.

It appears that there is still tension over the new contract. A new ‘National Master Agreement’ has been floated by UPS but the Teamsters negotiating committee does not seem enthusiastic. A major issue is the level of outsourcing on line-haul routes. After the rejection of the previous suggested agreement in October there was an extension to the contract. This runs out on November 12. This may be when strikes will start.

Although in the Express division the relevant ‘National Master Agreement’ went through in October, it seems to have received only tepid approval. Put to the Teamsters membership in UPS it failed to get a majority support of those who voted, but the deal still went through as turnout for the vote was so low at 44%.

All of this suggests that UPS relationships with its workforce are not perfect. There is tension over outsourcing and the tiering of labour on last mile operations as the company strives to control its cost base.