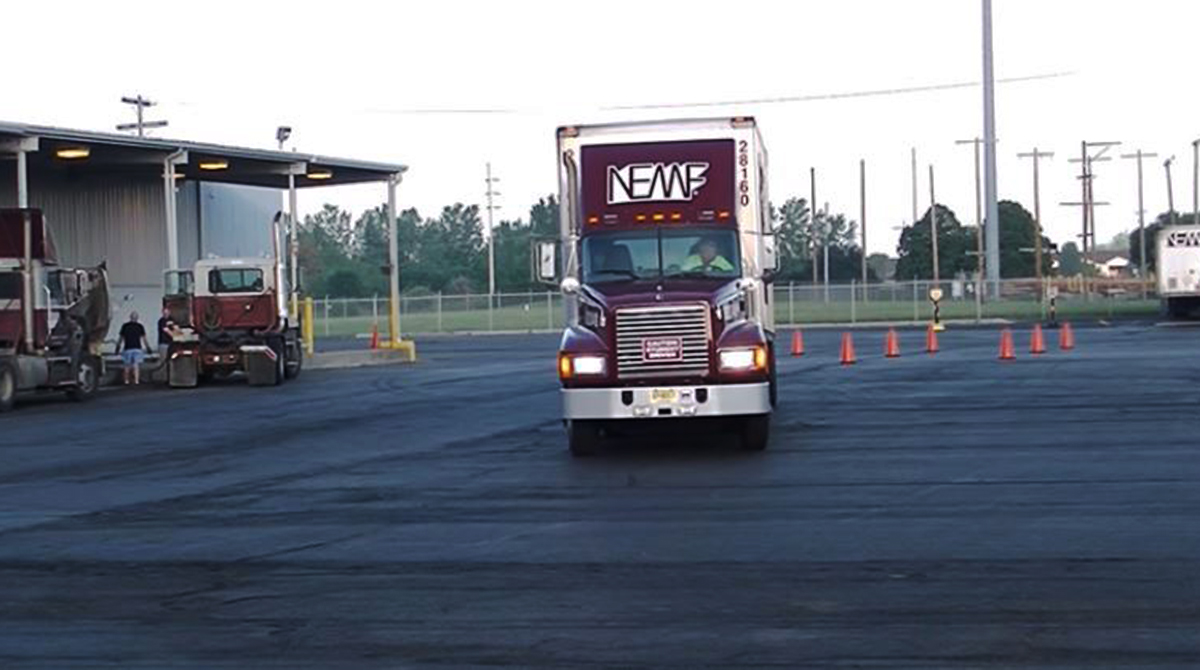 A NEMF driver in training. (Timmy Shigley via YouTube)

In a move sure to shake up the regional less-than-truckload freight market in the Northeast and Mid-Atlantic states, New England Motor Freight filed for bankruptcy Feb. 11 and said it intends to wind down all of its trucking operations.

The Elizabeth, N.J.-based company announced the move on its website after absorbing losses over the past two years, according to a statement by Vincent Colistra, described as the company’s chief restructuring officer.

“We have worked hard to explore options for New England Motor Freight,” Colistra wrote, “but the macroeconomic factors confronting this industry are significant.”

“Following two years of losses, and with continuing and unsustainable rises in overhead as well as a severe shortage of drivers,” Colistra said, “we have concluded that the company has no choice but to proceed with an orderly wind down of operations.”

Established in 1977, NEMF is part of the Shevell Group of Cos. and was a major provider of less-than-truckload freight service in the metropolitan New York and New Jersey region, although its service extended throughout the Northeast and Mid-Atlantic corridor and into Canada.

In a letter to customers in January, Zachary Cohen, director of yield management for NEMF, described a 5.4% general rate increase, plus a $3 increase in the minimum shipment charge, effective Feb. 4.

A Chapter 11 proceeding “is the best mechanism to maximize the value of its assets for the benefit of its employees and various creditor constituencies,” the company said in the statement posted online.

The bankruptcy filing applies to NEMF and 10 related affiliates.

NEMF employees were represented by the International Association of Machinists and Aerospace Workers.

The Shevell Group employed 3,745 people and operated a total of 1,500 company-owned tractors, 247 owner-operator tractors and 5,596 trailers.