According to the Business Insider, President Donald Trump on Sunday threatened to dramatically ramp up the trade war with China unless a breakthrough on trade talks is reached by the end of the week.

Trump said the slow pace of trade deal negotiations was the cause for the new restrictions.

"These payments are partially responsible for our great economic results. 10% will go up to 25% on Friday. 325 Billions Dollars of additional goods sent to us by China remain untaxed but will be shortly at a rate of 25%."

"The Tariffs paid to the USA have had little impact on product cost, mostly borne by China. The Trade Deal with China continues, but too slowly, as they attempt to renegotiate. No!"

For 10 months, China has been paying Tariffs to the USA of 25% on 50 Billion Dollars of High Tech, and 10% on 200 Billion Dollars of other goods. These payments are partially responsible for our great economic results. The 10% will go up to 25% on Friday. 325 Billions Dollars....

36.5K people are talking about this

Reported by CNN, Trump appeared to be reviving an old playbook by threatening to ratchet up tariffs on Beijing in the hopes of applying additional pressure on China to force negotiators to strike a deal as early as this week.

Earlier this year, Trump said he was prepared to enact new sanctions, and increase existing ones, if a deal wasn't struck by a hard deadline of March 1, but indefinitely shelved those plans.

Trade talks between the US and China have been ongoing since Trump and Chinese president Xi Jinping reached a temporary trade truce at the end of November, but major sticking points on how to enforce the deal and what to do with current tariffs have caused problems in the discussions.

Chinese Vice Premier Liu He, the country's top economic official, is scheduled to travel to Washington, DC, for another round of talks this week.

While a deal is close, reports suggest that the US has backed down on a handful of demands designed to force China to make fundamental changes to its economy.

As it stands the US has placed tariffs on $250 billion worth of goods coming from China, while Beijing has responded with tariffs on $110 billion of American goods. 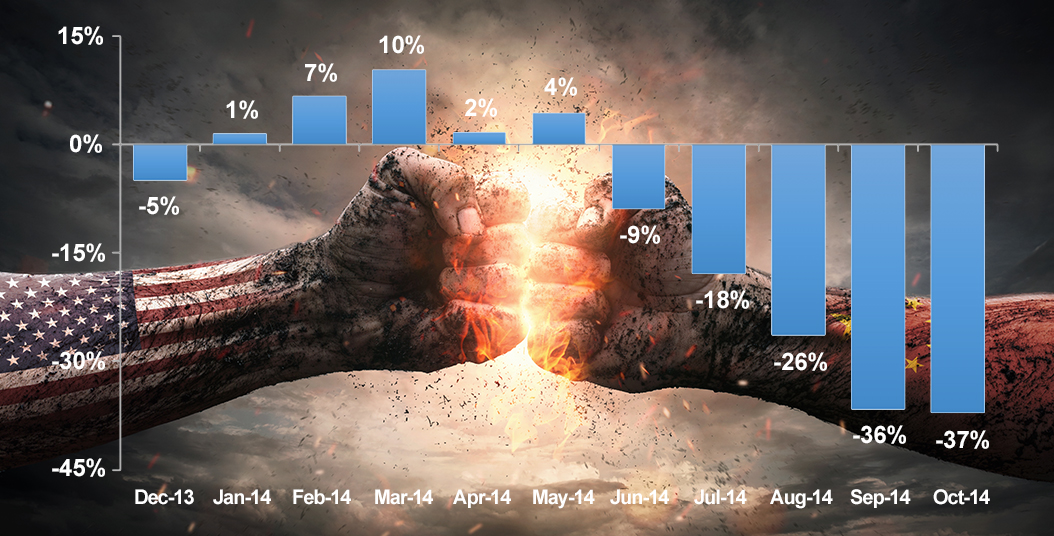