The use of robotics in warehousing, manufacturing and other sectors is increasing. Some countries, such as Japan, have long embraced robotics for a variety of uses. At the same time, there has also been a rise in “robophobia,” brought on by science fiction writers and filmmakers.

Robophobia vs. fear of change

Robophobia describes an irrational anxiety about robots and other advanced automation machines. Many famous figures, including Steve Wozniak and Elon Musk have expressed their concerns about robots taking over. Even the late Stephen Hawking told the BBC in 2014 that "development of full artificial intelligence could spell the end of the human race."

But this is not the first time that innovation has been challenged by tales of fear and dread. In the 19th century, an alarming number of newspaper articles told stories of ordinary men suddenly losing their minds while traveling on the newly developed Victorian railways.

Fast forward to today, and around 22,500 trains run every day in Britain,3 with no reports of the vehicles turning men insane.

It is not until we stop to think about it that we realize how much of a role robotics play in modern day living. Advances in technology are accountable for healthier, happier and longer lives, and they are primarily there to help humans. We are constantly looking for ways to make our daily lives easier, and, often, robots are the answer.

Take dairy farmers for instance – for a long time they had to be on their farm to milk their cows twice a day, every single day of the year. This meant that going on holiday or even a flexible working day was near impossible. Now, some farmers have left behind traditional methods to let robots do the job for them.

The cows on the farms that use this technology are free to walk into one of the milking robots' holding areas at any point of the day – except for when there is a queue! Once inside, the robot identifies cows by their tags and laser technology helps to locate where to attach the milk pumps as gently as possible. 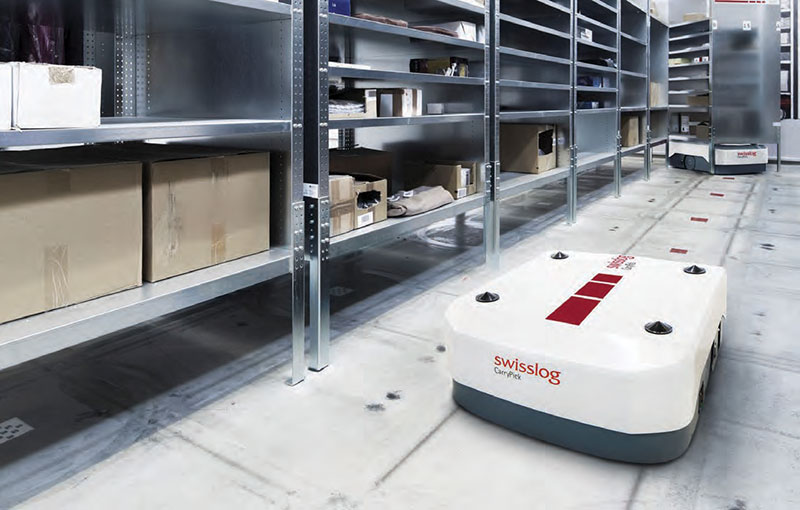 Going back to how humans are developing robots to make our lives easier, robotic cleaning is also a hot topic. Robot vacuum cleaners have been around for a while now, but only recently are they becoming widely available and cost efficient for the general public.

These smart robo-vacs come with the ability to be programmed to spring to life at a certain time every day. With proximity sensors and edge detection, this piece of technology is only going to increase in popularity with those who don’t have the time to vacuum their homes on a regular basis. Similarly, robotic lawn mowers are also available to buy to make garden maintenance a breeze.

While self-driving technology is not quite readily available yet, it’s sure to be the next breakthrough in robotic and AI solutions. Self-driving taxis would eliminate the need for us to have our own cars, and we could even check our emails while on the road.

Also, self-driving trucks and lorries would mean more cost-efficient last-mile delivery, allowing for shipping costs to be reduced. But we don’t have to wait around for self-driving vehicles for robotic technology to make a positive impact in the logistics industry. Robot-driven solutions are available for warehouses today.

The positive impact in the warehouse

Many people still have the mindset of robotics working only for a specific product or industry. In fact, over 2,000 global brands have already transformed their logistics automation with Swisslog solutions.

Our portfolio of technologies consists of a wide range of systems to help businesses with different warehouse challenges. For example, ACPaQ automates mixed case palletizing, while AutoStore is a flexible and space-saving approach to automation. In contrast, CarryPick is a modular order picking system that utilizes AGVs to carry racks to picking stations.

While the wider belief is that warehouse automation means removing human interaction, Swisslog’s ItemPiQ solution is based on a shared picking principle: The robot selects the items that it can pick up – up to 95% of the customer’s product range – and a worker finishes the order.

With more time for essential tasks and a higher rate of accuracy, using robots in warehouses goes a long way toward enhancing human efficiencies and making processes significantly smarter.

Among other things, robots offer clear benefits when it comes to reliability, as they do not require breaks or sick days. Switching from a two-shift operation to a three-shift one is possible at any time, too, allowing companies to respond flexibly and efficiently to order peaks such as the holiday season.

The take away is this: Robotics and automation clearly offer more opportunities than risks in both everyday life and in the warehouse. But only if we embrace them as drivers of future growth, rather than sci-fi super villains.