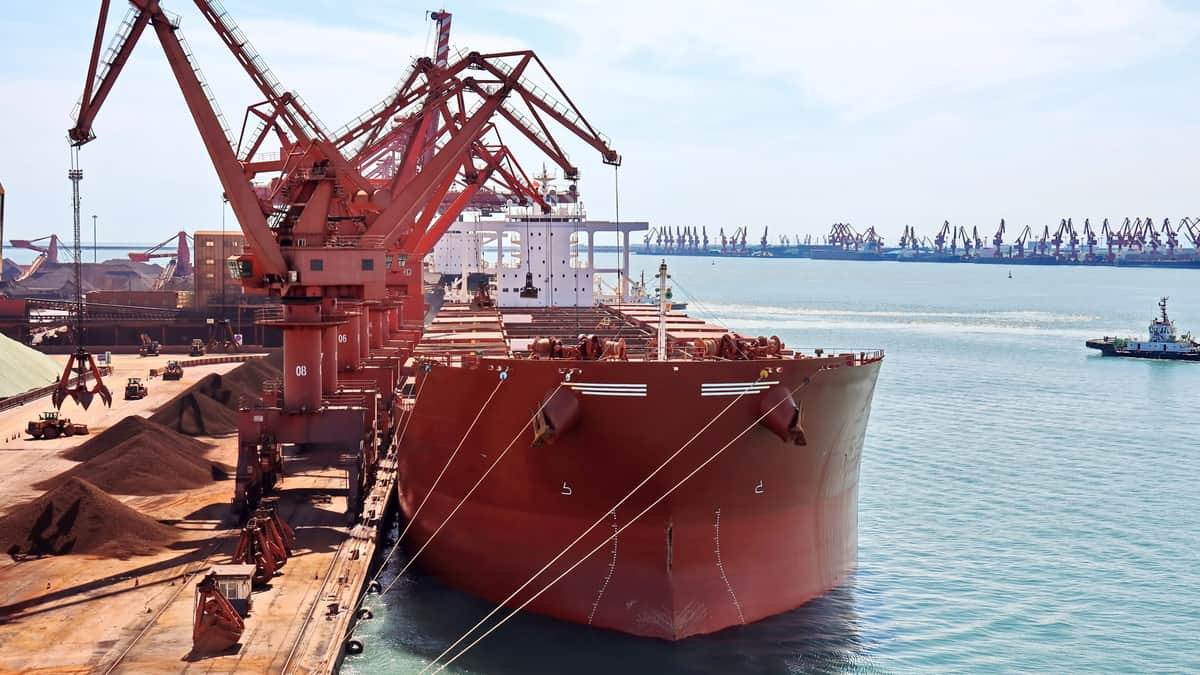 Activity at Chinese ports is largely back to normal. Photo credit: Shutterstock

Finally, some good news about the coronavirus and global supply chains: Cargo volumes and ship calls have swiftly rebounded at Chinese ports, confirming that the cogs of global trade are grinding back into motion.

The caveat is that this was to be expected as Chinese port workers and truckers returned after an extended Chinese New Year (CNY) holiday. Inbound and outbound cargo delayed during the post-CNY period was already en route or contracted for transport.

The question ahead — which is pivotal to U.S. transportation companies — is whether volumes will sink back again if there are manufacturing disruptions and reduced demand, or alternatively, whether volumes will increase if China pursues a stimulus program. Following is the latest data on Chinese activity from CargoMetrics, Clarksons Platou Securities and Sea-Intelligence:

Boston-based big-data company CargoMetrics has spent the past decade amassing and analyzing ship-movement data and using quantitative predictive algorithms to gauge global trade. In February, it released data showing that Chinese imports and exports had fallen sharply compared with levels in 2012-19.

CargoMetrics has just released updated indices showing that both import and export cargo flows (measured in terms of the mass transferred on and off ships) have reverted to historical norms.

“The bottom for Chinese imports and exports across pretty much all shipping sectors was on Feb. 15,” said Dan Brutlag, Cargometrics’ head of trading signal and data products, in an interview with FreightWaves on Tuesday.

On the import side, the decline prior to that date was driven by dry bulk. Since then, he said, “dry bulk has mostly recovered, energy has completely recovered and container imports may be higher than they were before Chinese New Year,” with imports overall recovering “less than a week” after the low was hit.

On the export front, Chinese declines through Feb. 15 were driven by the container sector. Since then, cargo categories including containers have rebounded. “The recovery in exports was a little slower to materialize but exports did return to the seasonally expected range by the end of the month [February],” said Brutlag.

He also noted that CargoMetrics is now analyzing the import and export flows of other coronavirus hotspots including South Korea, Italy and Iran. More good news: So far, “we haven’t seen any unusual trends,” he reported.

According to CargoMetrics CEO Scott Borgerson, “We’re seeing improvements across the board. We’re seeing a complete rebound in every segment — it’s all back. We don’t project our views onto the data. We let the data talk to us. And what this data is saying is ‘keep calm and carry on.’ Supply chains have reverted back to the mean. Things are moving. So, people should just take a deep breath and they should not get super-excited about what they read on the internet — with the exception of what they read in FreightWaves.”

“We have begun to see Chinese industrial activity increase after the slowdown brought on by the combined impacts of the Chinese New Year and COVID-19,” said Frode Mørkedal, managing director of research at Clarksons Platou Securities, in a client report published on Monday.

“The initial disruptions to these markets have begun to give way to a growing sense of improvement, though unfortunately the uncertainty is spreading more globally,” he continued.

“Data tracking Chinese port calls shows a remarkable recovery over the last week. This could be due to reductions to port congestion and further data is needed to see if this trend is sustainable, or if there is a second dip once the initial backlogs are cleared,” he said. On the negative side, Clarksons data does not yet show a recovery in VLCC (very large crude carrier) contracts to China.

According to Mørkedal, “Questions regarding overall GDP growth as well as energy demand, consumer purchases, industrial activity, etc. remain to be answered. While there is a clear impact on energy consumption and consumer purchasing in the near term, these effects appear to be temporary in nature, while industrial activity seems likely to be facing delays as opposed to erosion. The apparent improvement that is currently underway in China at least paints a hopeful picture for other countries’ ability to control the crisis.”

“The impact of the COVID-19 virus outbreak on container shipping continues to grow, albeit at a slower pace,” said Alan Murphy, CEO and founder of Copenhagen-based Sea-Intelligence, in a release issued on Monday.

According to Murphy, “The volume loss [due to blank sailings] has now increased to 1.9 million TEU [twenty-foot equivalent units]. At a rough average freight rate of $1,000 per TEU, this equals a revenue loss of $1.9 billion for the carriers.”

On a positive note, he explained that “we appear to be seeing a stabilization. Even though the carriers have announced seven more blank sailings over the past week, which corresponds to an additional 7% removal of capacity, the pace of new blank sailings has clearly declined, suggesting a belief from the carriers that volumes will slowly be brought back to normal levels.

“This, however, does not mean the ripple effects are over — far from it,” he cautioned, pointing to the negative effect of fronthaul blank sailings on capacity and equipment availability for backhaul cargoes from the U.S. and Europe to Asia. “For some backhaul shippers, the coming weeks might well be a matter of whether they can get their cargo moved at all, almost irrespective of the price they are willing to pay.” warned Murphy.