Amazon purchases eleven aircraft from Delta Air Lines and WestJet Airlines to join the Amazon Air cargo network in 2021 and 2022, the expanded fleet supports Amazon’s growing customer base during a time when people continue to rely on receiving items they need quickly.

Amazon Air’s fleet expansion comes at a time when customers are relying on fast, free shipping more than ever. 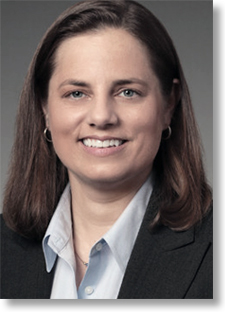 “Our goal is to continue delivering for customers across the U.S. in the way that they expect from Amazon, and purchasing our own aircraft is a natural next step toward that goal,” said Sarah Rhoads, Vice President of Amazon Global Air.

“Having a mix of both leased and owned aircraft in our growing fleet allows us to better manage our operations, which in turn helps us to keep pace in meeting our customer promises.”

Amazon Air plays a central role in delivering for customers by transporting items across longer distances in shorter timeframes.

The four aircraft purchased from WestJet in March are currently undergoing passenger to cargo conversion and will join Amazon Air’s network in 2021, and the seven aircraft from Delta will enter Amazon’s air cargo network in 2022.

These fleet additions will ensure added capacity in Amazon Air’s network for years to come. The company will continue to rely on third-party carriers to operate these new aircraft.

Amazon Air continues to expand globally to meet the needs of its growing customer base while investing in jobs and sustainable solutions to power its network.

This summer, Amazon Air announced its purchase of six million gallons of sustainable aviation fuel and has already invested in leading-edge electric ground service equipment and solar rooftop panels planned at some facilities.

Since Amazon Air’s launch in 2016, Amazon has invested hundreds of millions of dollars and created thousands of new jobs at Amazon Air locations across the U.S.

As reported by Bloomberg, Amazon has rapidly expanded its air cargo operations in recent years, part of an effort to speed up delivery of packages to customers and supplement capacity from such carriers as United Parcel Service Inc.

As Amazon has built up its own delivery operation, which includes tens of thousands of cargo vans, the company has gone out of its way to highlight its continued reliance on other cargo companies. But Amazon already handles most of its own deliveries and has emerged as a competitor to partners that only a few years ago delivered almost all of the company’s goods. FedEx Corp. in 2019 said it wouldn’t renew its air-delivery contract with Amazon.

A report last year estimated that Amazon’s fleet would likely grow to 200 aircraft in the coming years, rivaling UPS in size. Amazon operates mostly from smaller, regional airports close to its warehouses, routing packages between locations to accommodate quick delivery.

The deals announced today marks the second time Amazon has taken advantage of the depressed market for aircraft since the Covid-19 pandemic crippled air travel and sent many aircraft into storage. In June, Amazon said it was leasing an additional 12 planes. As with the leased planes, the newly purchased aircraft will be operated by contractors.