The drivers seeking to form a union at XPO Logistics have long been misclassified as independent contractors, a legal designation that denies them basic rights and benefits including health insurance, paid sick leave, a guaranteed minimum wage, and overtime pay.

In filing for a union election, the XPO drivers are challenging their misclassification head-on, arguing that they should be properly considered employees with the right to join together in a union.

“My fellow drivers and I are proud of the work we do every day to keep the supply chain moving and provide for our communities.

Today, we’re proud to take the next step in forming a union to give us a voice on the job and fight for better pay and benefits,” said Domingo Avalos, an XPO driver at the company’s facility in Commerce.

“Our company, XPO Logistics, tries to silence us by ignoring our demand for a union and by keeping us misclassified as independent contractors. But when we win our union, we will force XPO to listen - because we know together our voice is more powerful than any big corporation.”

Drivers also filed an unfair labor practice charge Wednesday alleging that XPO’s practice of misclassifying drivers as independent contractors - when, in fact, they are employees - interferes with those drivers’ right to organize and therefore violates federal labor law.

The union election comes as XPO Logistics recently agreed to pay close to $30 million to settle two class-action lawsuits filed on behalf of hundreds of misclassified port and rail truck drivers working at the Ports of Los Angeles and Long Beach alleging the company paid them less than a minimum wage.

Across the globe, XPO is notorious for maintaining poor working conditions, engaging in wage theft, and fostering a culture of pregnancy discrimination, gender discrimination, and sexual harassment.

In Europe, some drivers have been forced to live out of their trucks for months on end.

Last week, XPO drivers seeking to form a union sent a letter to their employer demanding recognition of their union. XPO Logistics, a company with a long history of exploitation and union-busting, has so far failed to voluntarily recognize drivers’ demand.

The unfair labor practice charges against XPO also allege that the company has violated its federally imposed duty to bargain by refusing to recognize and bargain with the union its drivers have chosen.

The XPO port and rail truck drivers seeking to form a union represent essential links in the nation’s supply chain, moving goods out of railyards, the Port of Los Angeles, and the Port of Long Beach. 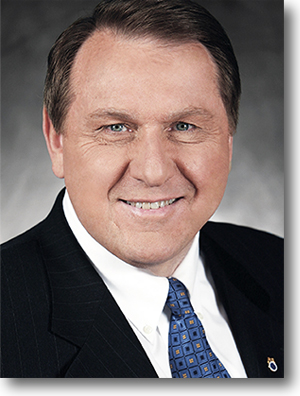 “For years, XPO has led the race to the bottom we’ve seen across the trucking industry, skirting or outright ignoring the law in the name of corporate profits and shareholder dividends,” said James P. Hoffa, General President of the International Brotherhood of Teamsters (pictured right).

“The only way to stand up to a lawbreaking company like XPO is to bargain with the strength of a union. The Teamsters are proud to stand with brave drivers across California who are coming together to demand the respect, pay, and dignity on the job they deserve.”

About The International Brotherhood of Teamsters

The Teamsters are America’s largest, most diverse union. The Teamsters are known as the champion of freight drivers and warehouse workers but have organized workers in virtually every occupation imaginable, in the private and public sector. For more than a century, the Teamsters have been a public voice for the rights and aspirations of working men and women and a key player in securing them.