Trucking interests are applauding a congressional fix to the controversial “34-hour restart” provision that was making long-term route planning difficult for shippers and carriers.

“ATA thanks Congress for including what should be a permanent fix to the hours-of-service restart in this Continuing Resolution, and we look forward to its final passage into law to resolve this issue,” Spear said in a statement. “ATA thanks Congress for including what should be a permanent fix to the hours-of-service restart in this Continuing Resolution, and we look forward to its final passage into law to resolve this issue”Chris Spear, President & CEO, American Trucking Associations

“Reverting back to the pre-July 2013 restart shifts the emphasis back to safety by removing flawed data from the rulemaking process,” Spear added.

“The entire industry will now be able to comply with this rule thanks to a common sense approach championed by a bipartisan group of legislators.”

At issue was a trucking industry desire to revere to the 34-hour restart regulations that were in place July 1, 2013. That would mean truck drivers do not need to include two mandatory 1 a.m. to 5 a.m. rest periods which some drivers and fleet executives said was unnecessary and complicated.

Earlier this year the Senate had passed a bill earlier this year that ties the future of the 34-hour restart to a 2014-initiated study on the issue by the Federal Motor Carrier Safety Administration. Details of that long-delayed study done by a Virginia Tech group have never been released.

“While ATA sought the same for preempting states that have added redundant rest break requirements on top of the existing federal standard, ATA will continue to push hard for federal preemption of specific state laws when the 115th Congress convenes next month,” ATA’s Spear said.

A recent Government Accountability Office report (July, 2015) on the effects of changes to truck driver had found that the proposed mandatory rest periods were “life saving measures critical to keeping people safe on the roads,” according to outgoing Transportation Secretary Anthony Foxx.

But ATA officials accused Foxx and FMCSA of “cherry-picking” certain data from the GAO report, but omitting other conclusions. ATA accused the safety administration of “living in Spin City” in its analysis of the GAO report.

During the nearly 18 months in which the new restart provisions were in effect, the GAO report found evidence of reduced driver fatigue and enhanced roadway safety. But ATA said FMCSA ignored most the GAO’s report and instead chose “to cherry pick a handful of points in a desperate effort to influence lawmakers” who were studying the HOS issue.

With an incoming Trump administration expected to try and reduce government regulations across the board, the HOS 34-hour restart issue now seems resolved for the time being by simply turning the regulatory clock back three years. 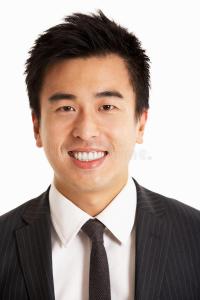