Google, the king of internet search, and Walmart, still the world’s largest retailer, have just joined forces. Walmart plans to join Google’s online marketplace, known as Google Express, sitting alongside other retailers, such as Target and Costco. Sounds innocuous, except that Walmart brings its own fulfillment resources while others rely on third-party delivery services. Google, meanwhile, brings expertise in natural language processing, artificial intelligence and data analytics. The implications are potentially enormous.

This partnership is more than just a challenge to Amazon and its Alexa voice-ordering system. It signals an acceleration in the shift from store-based retail supply chains to a hyper-personalized, smart consumer supply chain. The dynamics of this new supply chain will be brutal for consumer brands accustomed to shelf-centric demand.

1. Voice ordering explodes — Though voice ordering is already familiar enough to be the subject of funny television commercials and cocktail party small talk, its deployment remains relatively tiny, even for Amazon. Voice queries on Google, however, already account for about 20% of searches on mobile devices. Gartner’s research on emerging technologies highlights a number of intersecting technologies that promise to speed adoption by consumers.

Among the most important are machine learning, natural-language question answering and virtual personal assistants (VPAs). The first two of these are already past the “peak of inflated expectations” and just two to five years from wide use. VPAs may have farther to go, but they are being cultivated aggressively by deep-pocketed companies including Google and Amazon, as well as Microsoft, Apple, Baidu and Facebook. Field surveys show that, once adopted, VPA usage quickly permeates personal habits. 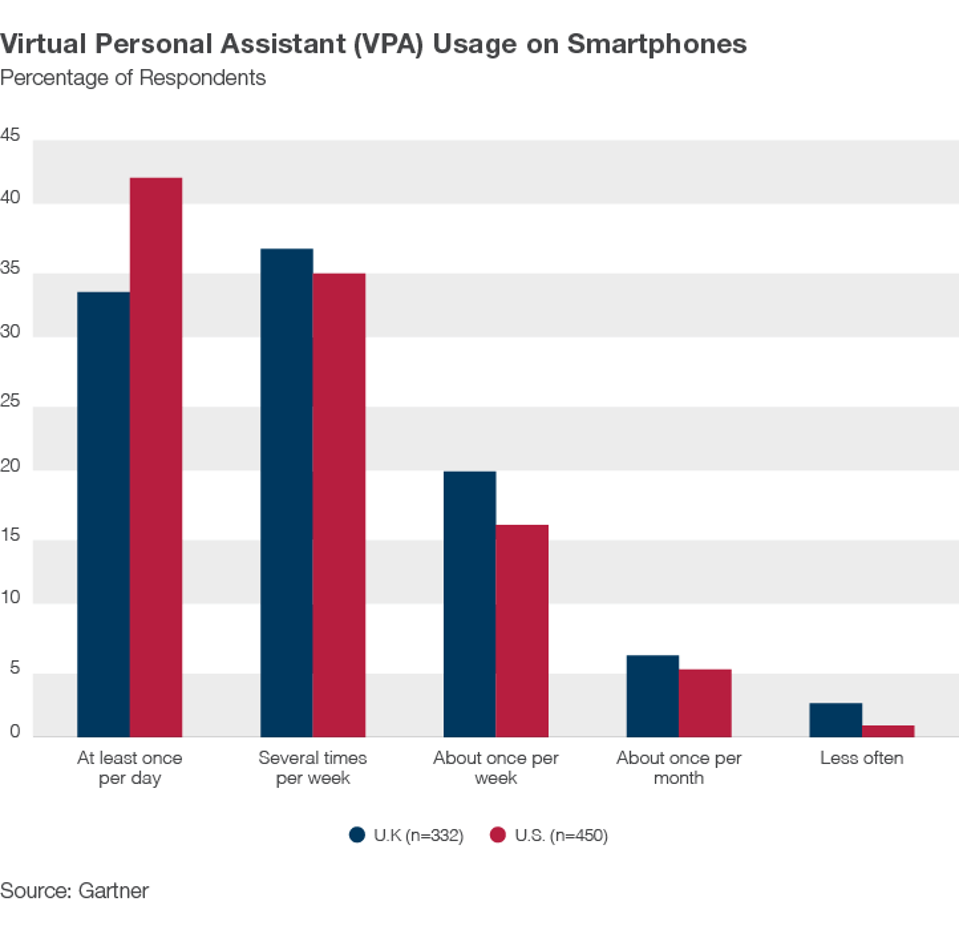 With Google as the starting point for consumer demand, and Walmart as the fulfillment engine, it seems reasonable to expect an ever faster uptake for voice-based shopping.

2. Competition breeds even more innovation in e-commerce — When Amazon bought Whole Foods recently some complained of a rising monopoly power. I argued then, and maintain now, that this is nonsense. Competition is alive and well in e-commerce with Walmart not only buying in via its Jet.com acquisition, but also innovating with initiatives such as associate delivery.

At the same time, specialist pure-plays, such as Instacart, UberRUSH and Postmates, offer e-commerce capabilities to retailers who lack fulfillment. Plus, premium retail brands, such as Nordstrom, Burberry, Nike and REI, actively exploit omnichannel strategies that combine in-store experience with direct-to-consumer delivery. The flowering of new models in and around e-commerce is tremendous today, in large part because no one really controls the marketplace.

3. Supply chain pressures upstream will be devastating for some — E-commerce is not just another retail channel. It requires much wider assortments, different packaging and an end-consumer relationship that isn’t based solely on television commercials. CPG companies in particular struggle with this reality, because they’ve spent decades tuning a mass-market supply chain focused on shelf-replenishment.

The evolutionary pressures of selling to and through supermarkets, drug stores, big-box retail and convenience chains have made consumer product supply chains efficient and steady, but less than agile. Demand is filtered through a commercial organization trained to secure shelf space with promotional spending and a marketing function raised on “Mad Men”-era principles of mass-media consumerism. Plants and logistics networks are accordingly pallet-centric and order management is lumpy and slow.

The Google/Walmart deal means that not just Amazon, but, increasingly, everyone will start to transmit unfiltered end-consumer demand to the brand manufacturer (including Samsung with its smart refrigerators). The good news is that this offers agile supply chains a chance to relate more intimately to their end-customer. Voice ordering makes incumbency hugely valuable in categories like toilet tissue, laundry detergent and razors. It also feeds new product innovation with precise information about preferences.

The bad news is that those used to big batch orders and a calendar-based S&OP process will find themselves constantly chasing consumer tastes. Piecemeal retrofits of the existing supply chain risk being too little, too late.

The only way to cope is to embrace digital. Learn to use and love the ocean of data that’s coming and look for ways to build flexibility into operations. Preseason is over — every game counts from now on.