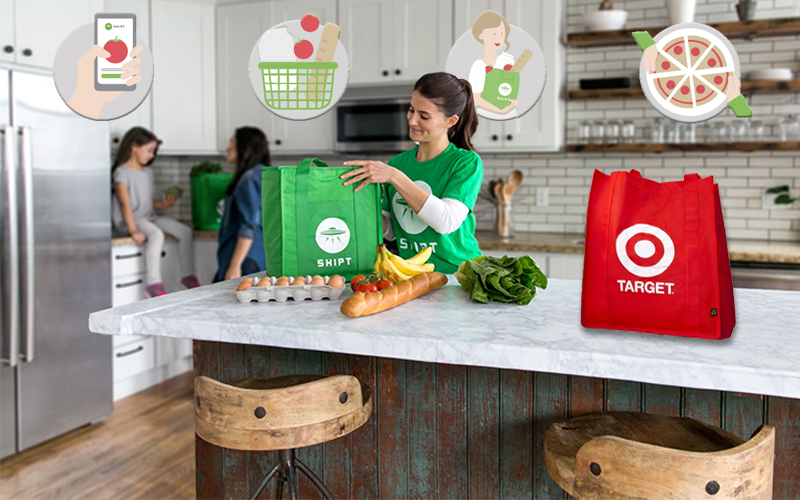 Target Corp. has agreed to purchase grocery-delivery startup Shipt Inc. for $550 million, stepping up its challenge to Amazon.com Inc. and Walmart Inc. by speeding the rollout of same-day shipping.

Target announced today that it plans to make one of its biggest acquisitions in recent history by purchasing Shipt, a startup that delivers groceries on the same day customers place an order, for $550 million in cash.

Like its chief rival, Instacart, Shipt partners with a network of brick-and-mortar grocery chains to pick orders off of their shelves and deliver them to customer’s doors on the same day they are ordered.

The all-cash deal will let Target customers order groceries and other goods online, and then have the items sent directly to their doors from nearby Target stores. 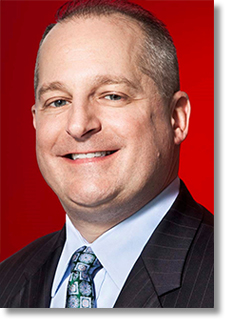 “With Shipt’s network of local shoppers and their current market penetration, we will move delivery from days to hours”John Mulligan, Target’s chief operating officer

Target now offers same-day delivery in New York Cityand can send orders from 1,400 of its stores.

As reported by Bloomberg, four out of five shoppers want same-day shipping, according to a survey by fulfillment software maker Temando, but only half of retailers offer it.

“With Shipt’s network of local shoppers and their current market penetration, we will move from days to hours, dramatically accelerating our ability to bring affordable same-day delivery to guests across the country,” John Mulligan, Target’s chief operating officer, said in a statement.

The deal will give Target same-day delivery at about half of its 1,834 stores by next summer, with the number growing to a majority of stores in time for next year’s holiday season.

The service - costing $99 a year for unlimited deliveries - will initially encompass categories like groceries, household essentials, and electronics before expanding to all major product groups by the end of 2019.

Improved Position
“While it will not affect Target’s capability this holiday season, the fact that Target will have this service in place during 2018 will significantly improve its online competitive position,” Charles O’Shea, an analyst at Moody’s Corp., said in a note.

Target rose as much as 2.4 percent to $62.47 on the news, while the shares of Shipt’s existing retail partners Kroger Co. and Costco Wholesale Corp. pared earlier gains.

Kroger said it’s still optimistic about the prospects for home delivery after expanding its logistics operations in recent years via partnerships with Instacart Inc. and others.

“We feel really good about the variety of partnerships Kroger has going for it,” corporate communications head Keith Dailey said.

Online Preference
Consumers’ increasing preference for shopping online, along with Amazon’s purchase of upscale grocer Whole Foods and its encroachment into new arenas like apparel, has sent retailers scrambling to improve their online offerings.

E-commerce sales are up about 17 percent this holiday season, according to Adobe Systems Inc., and online merchants racked up a record $6.59 billion on Cyber Monday alone, the company found.

The question for traditional retailers is how to handle all those internet orders. They could build their own delivery network, but it’s an arduous and expensive process. That’s why many of them are seeking help from e-commerce startups like Shipt and Instacart.

Founded in 2014, Shipt serves about 20,000 customers through partnerships with retailers including Publix Super Markets Inc., HEB Grocery Co., Kroger, and Costco. It will continue to operate independently and plans to expand its business with other retailers, said  Shipt Chief Executive Officer Bill Smith in an interview. 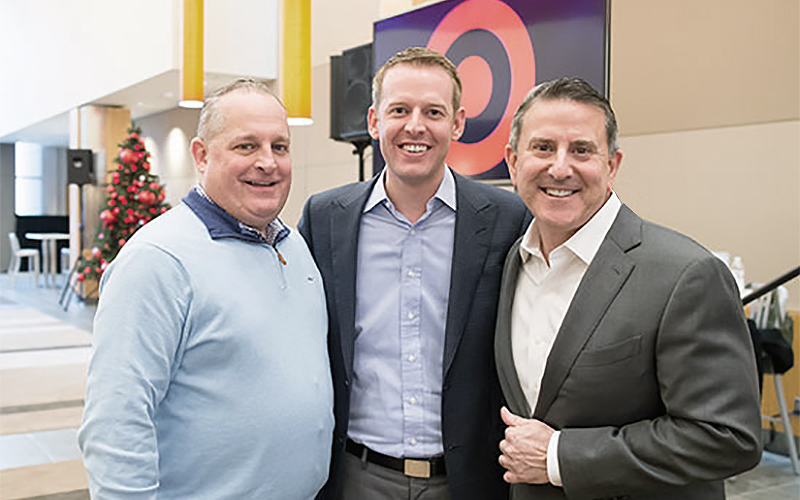 ‘Scale Matters’
“We’ve spoken to a number of our existing partners about this deal and all the conversations have been very positive,” Smith said. “Having multiple retailers allows us to grow our membership base and make it more attractive. In same-day delivery, scale matters.”

For now, Target shoppers will need to pay Shipt’s $99 annual membership fee to gain access to the service. Once a customer orders, they send a “shopper” into the store to grab the groceries, and then deliver the items. Target is working on how to integrate Shipt into its website and mobile shopping app, Mulligan said.

The deal is expected to close before the end of the year and will be “modestly accretive” to Target’s profit in 2018 while boosting online sales, the company said. The retailer’s e-commerce sales already grew 24 percent in the third quarter.

Instacart Partnership
Target has worked with Shipt’s rival Instacart for same-day service in cities like Minneapolis and Chicago since 2015, and Mulligan said he “will have conversations with them on where we go next.”

The two companies began discussing the deal in the middle of the summer, Mulligan said. They decided to pursue an acquisition rather than just a partnership in order to plow Target’s resources into expanding Shipt’s business, and to maintain its current level of customer experience.

Smith will stay in his role, reporting to Mulligan, and its 270 employees will remain in Shipt’s offices in San Francisco and Birmingham, Alabama.