With winter weather conditions harsh and another big storm hitting yesterday in various pockets of the Northeastern and Mid-Atlantic United States, myriad motor carriers are gearing up for the most recent batch of bad weather.


While the year may be new, it stands to reason that approaches to handling freight and keeping operations on schedule and efficient is really an age-old practice in many ways.

Pittsburgh-based Pitt Ohio, a provider of less-than-truckload, truckload, supply chain, and ground services, can be viewed as an innovator of sorts, when it comes to handling heavy snowfalls and deep freezes through its more than 1,250 heated trailers spread out among its Pitt Ohio, Dohrn Transfer, and the U.S. Special Delivery groups, which it has invested in over the last three years.

Having done a fair share of business in the chemical and coating sectors, one thing that has been apparent at the company is seeing customers shift to more sustainable processes, through the replacement of things like oil-based products to water-based products, according to Pitt Ohio Chief Marketing Officer and EVP Geoffrey Muessig.

“The byproduct of that is these products are more temperature-sensitive than they used to be,” he said. “With specialty products and formulations, there is a need to keep them from freezing. In the past, we have experimented with heated pads and blankets. While they were operationally successful, the challenges were more from a distribution standpoint, as it adds a lot of extra costs and time at the warehouse. You have to back strip the pallets to take the pads down and then load the boxes on top of the pallet and then wrap the blanket around it. That’s time-consuming.”

After listening to customers, Muessig said Pitt Ohio made a significant investment in heated trailers, which he said its driving business its way. While many of its customers are embargoing shipments, he said Pitt Ohio has picked them up and is seeking to move as many as it can overnight.

“When the roads are impassable, we will keep shipments on the heated trailers or move them into warm rooms at our terminals, but we will protect the freight and move as much as we can, as per our normal service standards,” he said.

“From a customer’s perspective, they want us to minimize disruptions to their supply chain. Their customers don’t want to hear about the bad weather and not being able to get shipments this week; that does not really work. They want to do it in a cost-effective way and don’t want to be shipping four pallets on a heated trailer with a truckload provider, which is hard to justify from a cost standpoint. This is what some shippers have been forced to do in dire situations when it has been cold in the past.”

Muessig said that Pitt Ohio is particularly focused on various areas for its heated trailers in Wisconsin, Illinois, Missouri, the entire Pitt Ohio core area, and into New England and Canada through its business partners.

“We do use blankets to wrap around a pallet. As long as the blankets are above freezing, it will keep the temperature of the pallet at that time intact for close to 48 hours,” he said.

“We also have the standard old fashioned propane heaters that were made for trucking companies years ago that we can also utilize. The only problem we have typically is that if it gets below 18 degrees there is not much we can do to protect it.”

But he noted that ODFL has a 30-hour temperature forecasting model, which helps to determine what is the window of opportunity on freezable shipments in terms of being able to get them from point A to point B, where shipments can be protected in the event the temperature falls below 18 degrees. 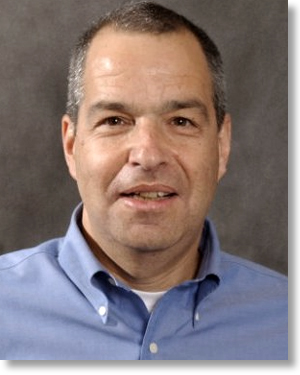 “If there was a shipment going from Portland, Maine to Seattle, your natural connection is going to be over Chicago, and if you look from Chicago over across to, say, Minneapolis, Fargo, Billings, Spokane, or into Seattle, the temperature is going to be below 18 degrees and for how long, and we can make the call on when a shipment moves to those connecting points and if we have to hold it in a worst case scenario if there is no window of opportunity, we will hold it in what we call a warm room, which is a refrigerated unit with a ‘warm’ option,” he explained.

“When push comes to shove, our last line of defense for, say, a shipment from Portland, Maine to Seattle, could be run down to Dallas and into southern California and then up the I-5 corridor, because there was no window of opportunity basically anywhere north of I-40 that was going to be above 18 degrees long enough to get the shipment there safely.”

While ODFL would not typically issue a full-blown embargo, Morris said it would communicate to the customer that there are options to either hold a shipment and move it in a couple of days or, alternatively, to take it and keep it moving as best as it can, with a few extra days above the normal surface transit time.

From an operational perspective in times of harsh weather, Morris said that ODFL’s service center managers at its facilities are essentially the boots on the ground.

“The technology today makes it a lot easier, as we can basically pull up any DOT (Department of Transportation) camera across the domestic U.S. and see live traffic and what is going on where our are trucks are going,” he said. “We did not have that option a few years ago, and we relied on the National Weather Service or drivers calling in and providing updates. Most of our drivers run at night between 8-9 and are usually back in the next morning between 7-9.”

As for what ODFL’s plans were for running in weather-impacted areas in storm hit parts of the U.S. today, Morris said the company would look at is forecasting model to determine which trucks are safe to leave and run and what time they would need to leave and get them back before the storm hits.

And he added that exercise is a little easier in the Northeast, because the harsh weather is more commonplace, as compared to down south, where people are not used to driving in the elements.

“A quarter-inch of ice in Atlanta can leave 6 million people stranded,” he said. “Ultimately, it is the drivers’ call when it comes to this kind of weather. If they want to run, we will try to adjust where they can get out and when they can get back. If it does not look like they would not get back in time and they may choose not to run, then they won’t run. It is strictly their call when it comes to weather.”