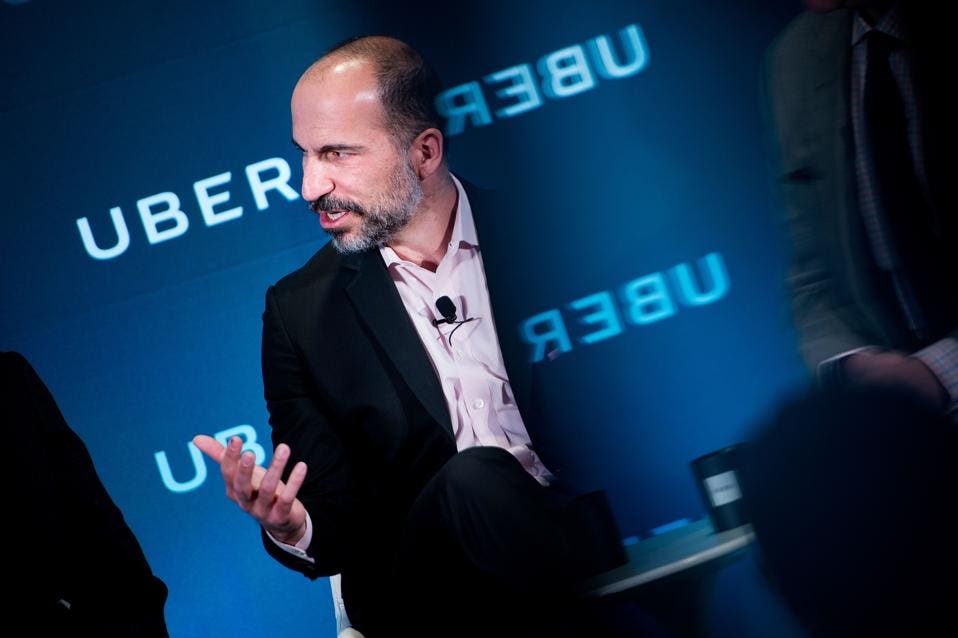 A few years ago in 2015 express same-day deliveries from local retailers looked to be the next big revolution in shopping. Uber was valued at around a whopping $50 billion as it launched its UberRUSH merchant delivery service, and express local delivery company Shyp zoomed to a $250 million valuation. Some going.

Fast forward to today and demand has failed to match the hype and both companies have faltered. By this January Shyp was floundering and by March 27, 2018, it was no longer in operation. Similarly, Uber more recently announced that its UberRUSH service was to close on June 30 this year in New York, San Francisco and Chicago.

The latter’s service has been available for people to request deliveries of items not exceeding thirty pounds - bar certain exceptions.

These developments come amid a backdrop of increasing numbers of shops on the high street in Britain shuttered. Last year saw 5,855 high street stores in the U.K. closing, with fashion and footwear outlets the hardest hit according to statistics compiled by The Local Data. Adding to retail sector woes, the collapse this year of both Toys R Us and Maplin resulted in over 5,000 lost jobs.

Both UberRUSH and Shyp were based on this supposed brave new world of the gig economy that now seems to be faltering, according to the view of e-commerce delivery expert ParcelHero, which partners with the likes of international courier firms DHL and UPS amongst others.

But the fundamental question remains: is there really no demand for on demand deliveries? Well, a report from ParcelHero, which is titled The Uberfication of Deliveries revealed that Uber really needs the potential revenues deliveries would bring it.

Yet as both Shyp and UberRUSH have experienced and reached the end of the proverbial road this year, it seems no one has yet learned how to make same-day express local merchant deliveries cost effective.

In November 2017, newly disclosed financials at the time revealed that Uber had lost more than $1 billion for two quarters in a row. The company’s net losses widened to $1.46 billion, up from $1.06 billion in the second quarter.

Shyp clearly found last year heavy going and pulled out of Chicago, Los Angeles and New York in July in order to concentrate on San Francisco, where the company was based.

Kevin Gibbon, CEO, remarked at the time about the retrenchment, stating: “Knowing what we know now, there’s no question we’d do some things differently. We would have built profitability in from the beginning. And shifted to serve business customers sooner.”

David Jinks, Head of Consumer Research at London-headquartered ParcelHero, commenting said: “In a world of increasing instant gratification, Shyp seemed a great idea as a one-size-fits-all delivery company; delivering, for just $5, anything from a computer to a bike. And, “an Uber for things”, as Uber’s General Manager described UberRUSH upon its launch, made even more sense given its vast network of cab drivers waiting for pick-ups, who could also be used for deliveries.”

Both UberRUSH and Shyp were part of a wave of start-ups based on the idea that many consumers were happy to pay an “impatience premium” in order to get hold of items fast. Hence the success of Amazon Prime Now.

However, the assumption made seems to have been proved false. And, while the demand for instant local deliveries of purchases is there, “it’s not yet large or consistent enough to be a viable business model” according to Jinks.

Furthermore, both business models had exhibited other “fatal flaws” from the beginning according to the London-based ParcelHero executive.

“Looking first at Shyp, its one-size-fits-all delivery eventually ended up being its Achilles’ heel. Moving a large PC for the same cost as an egg cup makes no sense, so its $5 flat fee was doomed,” posited Jinks.

Indeed, by 2017 it was adding fees on returns and charging up to $25 for extra-large packages. But with its entire business model radically altered, “the sinking Shyp” - as described by Jinks - eventually foundered in January.

Furthermore, Uber’s recent announcement that UberRUSH is also closing at the end of June this year, reveals similar problems and begs some questions about Uber’s future financing.

According to ParcelHero’s report, Uber needed to break into wider markets such as the logistics industry to meet its investors’ expectations.

As a so-called Unicorn, Uber may have been valued at $69 billion at one stage, but the report authored by Jinks revealed that many analysts believed the entire global taxi-cab market was worth just $22 billion. So, where was Uber’s extra income potential to come from?

Turning back to early 2016, the domestic global couriers sector was estimated to generate around $246 billion. And, at around that time Uber saw the U.K.’s £7.1 billion courier market as a particularly ripe market for logistics.

“Logistics seemed to be the solution,” said Jinks. “It’s an industry that accounts for 12% of global GDP, so it’s potentially a lot more lucrative than cabbing. Small wonder Uber rushed into launching UberRUSH.”

He explained further: “It nevertheless took a long time for the truth to hit that creating a reliable delivery network is expensive and requires considerable scale to be cost effective. And, just as Shyp discovered, a network based on delivering small express items for local merchants - such as flowers and dry cleaning - isn’t hugely profitable. Larger items such as furniture and fridges won’t fit on a cycle or in a Prius.”

The final straw was when Uber introduced UberEATS in 2016, which stole many of UberRUSH’s most lucrative food delivery contracts. So, really one has to ask why did UberEATS eat Uber’s own lunch?

As Jinks put it: “With UberRUSH, Uber only received delivery fees. But with Eats, orders go through Uber's App, so it earns more on every order. Add to that, when Uber told its restaurant and catering business contracts to switch from UberRUSH to UberEats last year, UberRUSH effectively reached the end of the road.”

Back in April 2017, Uber ceased providing courier services to restaurants, and instead encouraged people to the use of UberEATS, the company’s food delivery service.

But it’s not all doom and gloom. As the report from ParcelHero pointed out, there are still some logistics options open to Uber, such as further developing its UberFreight business and matching loads to truck drivers.

Uber’s team in New York stated in an email to customers late this March confirming its plans to close its RUSH operations, that: “We will continue our mission of building reliable technology that serves people and cities all over the world.”

The statement further read: “We’re already applying a lot of the lessons we learned together to our UberEats food delivery business in over 200 global markets across more than 100,000 restaurants.” So, not game over.

However, for now, it seems the lack of real demand for on-demand deliveries will leave Uber looking elsewhere for new revenues.