eNow, a company specializing in renewable energy systems and advanced solar power technologies for the transportation industry, has demonstrated the effectiveness of its solar energy-producing systems for transportation by powering the first zero-emissions commercial use transport refrigeration unit.

In the first five months of testing, emission reductions of 98% nitrous oxide, 86% carbon dioxide, and 97% particulate matter were achieved.

TRUs are refrigeration units mounted on trucks and are traditionally powered by high-polluting, small diesel engines to provide the needed cooling to transport chilled products.

The Rayfrigeration TRU is the first-to-market battery powered unit for commercial use and was tested on a Challenge Dairy Class 7 truck delivering fresh dairy products throughout Fresno, CA.

The cold plates and auxiliary batteries are initially charged from utility power delivered to the vehicle when plugged in overnight.

When the truck is operated on a delivery route, power is provided by eNow’s solar photovoltaic (PV) panels mounted on the truck’s roof.

The eNow team calculated that average emissions of CO2 over a four-day week with an average delivery day of 7.7 hours were reduced from 2,525 lbs/week to 159 lbs.

Nitrous Oxide emissions were reduced from 7162 grams to 1. This is after adjusting for the emissions from the power plant supplying grid electricity that was used overnight. (Emissions from solar are 0.)

In addition to eliminating harmful emissions, the Rayfrigeration unit is projected to reduce operations and maintenance costs by up to 90% over a diesel-powered TRU.

The cost savings are achieved through the elimination of fuel costs, eliminating maintenance costs for the diesel APU engine, and an increase in battery life (reducing replacement costs) thanks to consistent charge maintenance by eNow solar.

Throughout the testing cycle, the 1,800 Watt eNow solar system provided more than enough energy to maintain optimum temperature throughout a typical day of continually opening and closing the doors while delivering fresh dairy products in California’s summer heat. 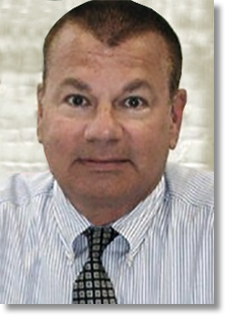 “eNow’s solar technology is powerful, reliable, and efficient, and more than up to the task of providing emissions-free energy”Jeff Flath, President & Chief Executive Officer of eNow

“The Rayfrigeration product is an important step forward in reducing emissions while maintaining the highest levels of efficiency and customer satisfaction for companies delivering perishable goods,” says Jeff Flath, President & CEO of eNow.

“eNow’s solar technology is powerful, reliable, and efficient, and more than up to the task of providing emissions-free energy for critical tasks such refrigeration of fresh foods, even the most challenging conditions. We are proud to be a part of this important project.”

The Rayfrigeration solar-charging technology is available through eNow, which currently has more than 4,000 solar systems operating nationwide on Class 8 trucks, buses, emergency and utility vehicles, supporting applications as diverse as heating and cooling, liftgates, wheelchair lifts, safety lights, telematics, and other transportation applications.

Upon completion of the testing period, Challenge Dairy plans to transition its entire fleet of distribution trucks to solar-powered TRUs.

In other news, and as reported by FreightWaves, eNow offers its system as an “Energy-as-a-Service” (EaaS) platform, using a “pay-as-you-go” model that treats the energy as a service rather than a commodity.

This enables individuals and businesses to easily upgrade and spread the cost of ownership over time, reducing the need for large upfront capital.

Flath said that in California, there is a push to eliminate diesel-powered refrigeration units.

“They’re trying to mandate the reduction of diesel refrigeration use; they want to go from diesel to electric,” he said.

From Flath’s perspective, solar is the way to go and he believes that it will grow in popularity as more of a truck is electrified. Everything from the hotel load to electrical components such as new electrified axles could potentially be powered by solar.

“We think based on what we are doing today, an increase of anywhere from 1% to 4% fuel savings is possible by off-loading the electrical load from the engine,” he notes, adding that there is also potential to collect energy in the eNow system from technologies such regenerative braking. “We believe we have a platform where we can take the energy from all these components and feed it back into the truck.”

Freightliner and Navistar both now offer eNow’s systems as factory-installed options. Payback can be anywhere from 6 to 18 months, Flath said, depending on the application. For instance, used to power liftgates, it is between 6 and 9 months based on $2 per gallon for fuel with a vehicle operating 10 hours a day, 300 days a year.

For eNow, which was founded in 2011, it’s been a long journey to get to this point. “People are looking for reliability and consistency,” Flath said. “They don’t want to make a decision on a technology and [not have it work].”

eNow has proven it can make solar work and it is now positioned to take advantage of the electrification of trucking.