Capacity in most modes ‘extraordinarily tight’ 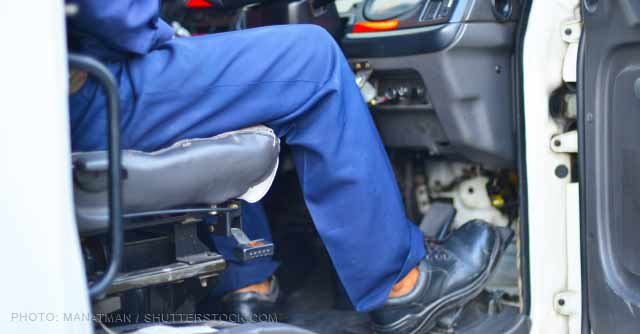 According to the latest Cass Freight Index Report, the continued growth of shipments “is yet another data point confirming that the strength in the U.S. economy continues to accelerate.”

The North American freight market continued to show “accelerating strength” in March, according to the latest Cass Freight Index Report.
Shipment volumes and expenditures extended a run of year-over-year increases that began 18 and 15 months ago, respectively, with volumes up 11.9 percent and spending up 15.7 percent compared with March 2017.
On a sequential basis, shipment volumes ticked up just 0.9 percent, while expenditures were flat compared with the previous month.
Donald Broughton, founder and managing partner of Broughton Capital and author of the report, said the continued growth of shipments in March “is yet another data point confirming that the strength in the U.S. economy continues to accelerate,” adding that “the current level of volume and pricing growth is signaling that the U.S. economy is not only growing, but that level of growth is expanding.
“In fact, volume has continued to grow at such a pace that capacity in most modes has become extraordinarily tight,” he said. “In turn, pricing power has erupted in those modes to levels that spark overall inflationary concerns in the broader economy; however fear of long-term inflationary pressure is moderate given technology provides multiple ways to increase asset utilization and price discovery in all parts of the economy, especially in transportation.
According to Broughton, double-digit growth rates in both shipments and spending are generally limited to times when the industry —or the economy at large — is emerging from a recession.
Despite the fact that the first quarter is generally the weakest time of year in terms of freight transportation demand, volume levels in March exceeded any recorded in 2014, which was a very strong year historically speaking. Broughton further noted that February volume levels were roughly equal to those of June 2014, a comparison Broughton called “extraordinary,” as it was a high point for the year and the June data point was recorded prior to the industrial recession that began in December 2014.
He said the 11.9 percent year-over-year increase in shipments is that much more significant because the recovery in shipping began in the second half of 2016, meaning the March 2018 growth figure came against a tougher comparison and “only when comparisons were weak (i.e. 2009-210) were the percentage increases so high.”
“Said another way, we normally only see such high percentage increases in volume when related to easy comparisons,” wrote Broughton. “That these percentage increases are so strong and strong against tough comparisons explains why our outlook is so bullish, why capacity is so constrained, and why realized pricing is so strong.
“Although seasonally the weakest part of the year, the first quarter of 2018 is clearly signaling that, barring a ‘shock event,’ 2018 will be an extraordinarily strong year for transportation and the economy,” he added.
In terms of expenditures, Broughton said the Cass index had been posting larger and larger year-over-year increases in 2017 and, as with shipment volumes, the March 2018 comparison was “anything but easy.”
“We have commented repeatedly that this is indicative of an economy that is continuing to expand,” he wrote in the report. “March’s 15.6 percent increase clearly signals that capacity is tight, demand is strong, and shippers are willing to pay up for services to get goods picked up and delivered in modes throughout the transportation industry.”
Freight spending turned positive on a year-over-year basis for the first time in 22 months in January 2017, although Broughton noted this was against an easy comparison, as the index in January 2016 reached lows not seen since 2011, when the U.S. economy was still rebounding from the Great Recession.
Broughton attributed the continued growth in large part to a steady increase in the price of fuel and the associated carrier surcharges, but said that the increase attributable to fuel is now diminishing and trucking and intermodal carriers are gaining pricing power independent of oil prices.
The Cass Truckload Linehaul Index, which measures rates excluding fuel surcharges, for example, grew a “healthy” 7.2 percent year-over-year in March, while the Cass Intermodal Price Index, which does include fuel, continued an 18-month streak of pricing gains with a 5.8 percent bump.
And similar to the trend seen in shipment volumes, expenditure levels in March exceeded every previous month since the recovery from the 2008-2009 recession with the exception of June 2014.
“As we’ve noted, since oil was markedly higher in 2013 and 2014, we see this data point as very encouraging,” he said.
Broughton also noted that the Trump administration’s recently announced import tariffs on steel and aluminum, as well as a wide range of products from China, has resulted in heightened volatility in the stock market.
“With 95 percent of the world’s consumers living outside the U.S., fear that protectionist policies may pose a threat to economic growth has the investment community on edge,” he said, adding that historical data indicates that “open markets generally work in our favor.”
“The Trump administration may simply be using tariff threats as a negotiating tactic to force other countries to open their markets,” he added. “Investors, however, are concerned that the hard lessons learned from the Smoot-Hawley Tariff Act of 1930, which instituted high tariffs on imports and was a key reason that the recession of 1929 morphed into the Great Depression, may have been forgotten.”